You're using a web browser that we don't support

Try one of these options to have a better experience on the MedStar Health site.

Please upgrade to FireFox, Chrome or Safari Thank You! 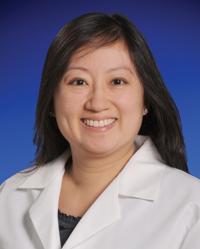 Jenny Yu, MD, an experienced neonatologist with outstanding training and background, has joined their team. Dr. Yu is board-certified in both Neonatology and Pediatrics by the American Board of Pediatrics and completed her medical degree at St. Louis University School of Medicine in Missouri. She completed her pediatric residency at Phoenix Children’s Hospital in Arizona and her neonatology fellowship at Harvard Children’s Hospital in Boston, Massachusetts.

Prior to joining MedStar Franklin Square, Dr. Yu was an attending neonatologist at the Johns Hopkins Hospital where she also was the medical director of the Maryland Regional Neonatal Transport Program. In addition, she has completed extensive research related to hypoxic–ischemic encephalopathy and neonatal seizures. Dr. Yu is a member of the American Academy of Pediatrics, American Medical Association and the Society for Neuroscience. Her areas of interest include neonatal brain injury, neonatal sepsis and the judicious use of antibiotics, and neonatal transport.